The day  Eid-ul-Adha comes on the tenth day in the last month of the Islamic Lunar Calendar; Dhu-al-Hijjah. The celebration of Eid-ul-Adha every year is to commemorate Prophet Ibrahim’s devotion to Allah his readiness to sacrifice his son, Ismail. At the point of sacrifice, Allah replaced Hazrat Ismail with a little ram, which was to be slaughtered in place of his Hazrat Ismail. This command from Allah was a test of Prophet Ibrahim’s Wish, Honesty, and commitment to obey his Lord’s Order, without any ask question. Therefore, Eid-ul-Adha means the festival of full fill the order of Allah and sacrifice and this is celebrated every year.

Depending on the country’s region, the celebrations of can last anywhere between two and four days. The act of Qurbani is carried out following the (Eid Prayers), which are performed at the nearest Mosque on the morning of Eid.

The process of Qurbani as a sacrifice to mark this occasion in remembrance of Prophet Hazrat Ibrahim’s sacrifice his son for Allah. The eid ul Adha days of animal sacrifice total three days, from the 10th to the 12th of Dhu-al-Hijjah continue.

The Qurbani meat must be divided into three equal portions per share; one-third is for you and your beloved family, one-third is for friends, and the final third is to be donated to poor people in need of the meat.

Traditionally, eid day is spent celebrating with family, friends, and loved ones, often wearing new or best clothes and giving gifts to each other.

The festival may also be known as Al Eid Al Kabeer,( Bari EId) which means the ‘Grand Eid’. It has this more important day as in religious terms as this Eid lasts for four days whereas Eid Al Fitr is one day, even though most Muslim countries observe about the same number of public holidays for both Eid days.

This festival is celebrated all over the Muslim world as a commemoration of Prophet Abraham’s willingness to sacrifice everything for God.

From Hasnain sial all at Muslim Aid, a blessed Eid Mubarak to you and to your family.

Muslims around the world celebrate Eid-ul-Adha for two to four days (depending on the country).

However, there is some best and great Sunnah that every Muslim should follow while celebrating this great festival.

Some Famous Sunnahs of Eid al-Adha and Eid Prayer

1- Wake up early in the morning.

2- Clean your teeth with Miswak or a brush properly.

4- You should wear your best new clothes on this day.

6- Eating before the Eid prayer.

9- Use different ways while going to the mosque and returning after offering Eid-ul-Adha prayer.

The scholars differed concerning the rules and regulations on Eids prayers. However, all worldwide  Muslims attend prayers of both Eid- ul fitar and Eid ul Adha as most scholars, on the basis of strong witness and evidence.

1- The time for Eid Prayer starts from the time when the sun is three meters above the horizon position. However, it is a good time to offer the eid prayer in the early hours times after the sunrise.

2- Eid prayer consists of two Rak’at during which Tabkeer (Allah-u-Akbar) is announced seven times during the namaz.

3- pray the Eid prayer in the same way as other prayers offered in the daily routine.

After listening to the imam khutba, all Muslims congratulate each other with greetings such as ‘Eid Mubarak’.

In the Qurbani of animal on the day of Eid al Adha is a confirmed Sunnah. Some Scholars are of the opinion that it is ‘Wajib’ (obligatory) part of the eid days to sacrifice animals in the ways of Allah.

Qurbani of animals in the way of Allah is a great act of worship. It brings happiness to Allah and the person close to Allah.

“Whoever can afford it [Qurbani], but does not offer a Qurbani, let him not come near our prayer place.”

This beautiful Hadith clearly explained the importance of sacrificing in the way of Allah. It also includes clearly explained a great warning for those Muslim people who have the full resources to offer a Qurbani on Eid ul Adha but don’t do so due to some lame excuse.

Anyone who intends to slaughter an animal on Eid ul Adha has to follow some important rules which are given below:

1-Qurbani of a beautiful animal for Eid-ul-Adha can only be done during the issue of the specified date by the Muslim calendar or Muslim. Whoever does not follow these dates must know that their Qurbani will not be valid if it is not offered between the 10th – 13th Dhul Hijjah

2- The animal to be Qurbani for Allah has to be must one Camels, Cattle, Sheep and Goat.

3- A sheep or goat is used as a single Qurbani and is sufficient for one household whereas a camel or a cow can be shared by seven people in a group.

4- The animal to be Qurbani has to be reached the age of Qurbani.

5- The animal must be a healthy and beautiful one and should be free from obvious defects. (Saheeh Al-Jami: 886)

6- Anyone that person who wants to intends to offer Qurbani should not remove any hair, nail, or skin from the sunset on the last day of Dhul Qadah until the Qurbani is done on the day of Eid.

7- The person should slaughter the animal with his own hands in order to fulfill the Sunnah.  However, if one is not able to do so then he can appoint someone else to do the same on his behalf but one should witness his slaughter (Sahih Bukhari: 5554)

8- The person should mention the name of Allah and recite Takbeer (Bismillah, Allahu Akbar) at the time of slaughtering the animal, and then the animal becomes halal. (Sahih Bukhari: 5558)

10- All parts of the Qurbani animal can not be used for personal benefit (even to the butcher as his wage) otherwise Qurbani is invalid.

Enjoy this beautiful and memorable festival by thanking Allah for His blessings and for providing you the opportunity to fulfill this great Sunnah of Prophet Hazrat Ibrahim (A.S). But don’t forget your fellow Muslim brother and sisters on the special day of eid ul Adha who don’t have the means to celebrate this blessed festival.

Hasnain Sial and all Muslim Ummah in your Duas on this special occasion of Eid. 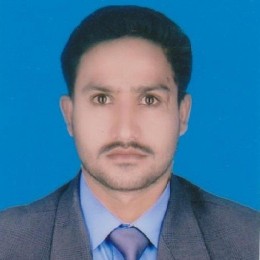